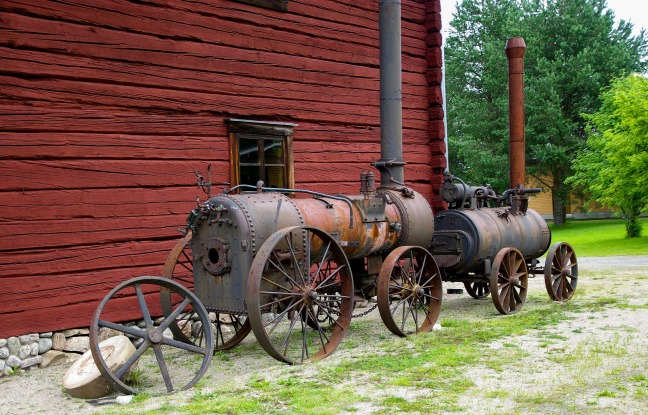 In another post, ‘Creating an Organisational Culture for the Age of Ideas’, we argued that the culture of many organisations is still unthinkingly based on the old industrial-era mindset of scientific management and command and control. We suggested that there are a number of persistent organisational behaviors that have their origins in this outmoded culture that are now actively preventing the things that modern organisations know they most need: employee engagement, commitment and creativity, for example. This idea was fully explored in our book, My Steam Engine Is Broken: Taking the organisation from the industrial era to the age of ideas.

The book was based on Mark Powell’s twenty years’ experience in management and strategy consultancy and on his ten-year experience of designing and running leadership and management development programmes at the University of Oxford. More precisely, the book was the result of Mark’s thousands of conversations with people at all levels of organisations large and small, and across several different cultures. The end result was the identification of ten organisational ‘paradoxes’ – behaviors intended to advance the organisation’s interests that are often experienced by employees in a negative way. The behaviors are paradoxical because they tend to produce results that are the exact opposite of what the organisation sets out to achieve.

In this article there is only enough space to give a short description of these ten paradoxical behaviours and their unintended outcomes, but we think that this will be enough to give you a good insight into our thinking. We all tend to recognize these industrial-era organisational behaviors, just as we also instinctively recognise what ‘good’ behaviors would look like, and why.

Management seeks control, but control can be experienced as removing autonomy and preventing self-organisation and innovation. Managers gain ‘control’ but lose commitment and creative input.

Control requires measurements and indicators, but these can become obsessive, short-termist and even misleading. More importantly, when we try to ‘measure’ people with techniques similar to those that we use to measure processes, people feel labelled, diminished and manipulated.

Mechanical and logistical processes must be as efficient as possible, but it’s different when people are involved. Some petty ‘efficiencies’ impact people very negatively, saving a few dollars at an immeasurable cost in lost energy.

Organisations know that they need to innovate, but much organisational behaviour is specifically designed to prevent it. Innovative thinking is ‘risky’, by definition, and the ‘control’ mindset hates risk.

Communication is a dialogue, not a set of instructions and most organisational modes of communication are not genuine dialogues: information ‘cascades’ down imaginary pyramids; meetings create an illusion of real debate. ‘Communication’ seems to be increasing in volume and declining in quality.

Workspaces should be designed to encourage good communication, chance encounters and the flow of ideas. Industrial-era workspaces are designed to keep individuals in their allocated, functional space and enable supervision.

People are rarely allowed to organize their own work. When they are, the results can be remarkable, as shown in this Harvard Business Review paper on GE Aviation’s move to a ‘teaming’ work structure.

Leadership should be devolved, but is often hoarded. Everyone should be encouraged to lead whenever their natural leadership skills are most appropriate and valuable.

New ideas tend to happen at boundaries, when people from different parts of the organisation reach out and interact, but few organisations manage to enable productive networking throughout the whole operation. The industrial-era organisation sees ‘networks’ as connections to be exploited; real networks are organic and mutually beneficial.

Organisations tend to become homogenous environments where contrarians are unwelcome. Diversity of gender and ethnicity is no guarantee of true diversity of opinion; like any ecosystem, organisations need a real diversity of ideas to evolve and survive in a rapidly changing environment.

Little by little, piece by piece

In our book, as in our earlier post, we argued that the process that was most likely to succeed in transforming organisational cultures was one of changing behaviors ‘little by little and piece by piece’ – identifying the outmoded behavior patterns that are doing the most damage to the organisation’s culture and tackling them one by one. We also believe that improvements made to any one aspect of organisational behavior are highly likely to spill over onto other behaviors – once we realise that we are not communicating effectively, to take one example, it may become obvious that we are not networking effectively either; or that our leadership is hierarchical rather than devolved, which is why we are preventing self-organisation . . . once the flaw in one behavior is recognised and addressed, the implications can ripple out through the organisation quite rapidly.

We hope that the ‘ten paradoxical behaviors’ described here might be a useful starting point for organisations setting out to explore which behaviors they might most need to change in order to create an enabling, empowering culture fit for the age of ideas. We can make intellectual decisions about what we would like our organisational culture to be, but the foundation of those cultures is the set of behaviors, often unwittingly inherited from our relatively recent process of industrialisation, that we enact each day at work without considering their impact on our colleagues and the consequent effect on the organisation’s energy level. Change those behaviors, and you energise the culture.

A version of this article first appeared on CultureUniversity.com 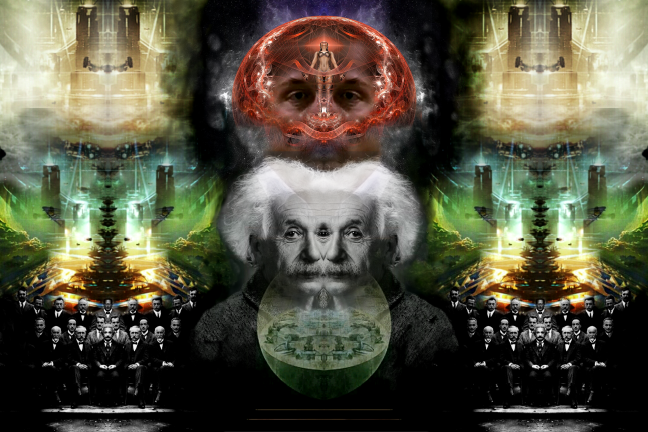 Many modern organisations are unthinkingly locked into an organisational culture that began with the Industrial Revolution in eighteenth-century Britain and was fully developed during the Second Industrial Revolution in the US. The great success of these revolutions – creating modern business and generating huge wealth – makes it easy to believe that what worked as a way of managing great corporations in the early 1900s is still the best way to run an organisation in the twenty-first century.

But times have changed.

In our book, My Steam Engine Is Broken: Taking the organization from the industrial era to the Age of Ideas, we set out three core ideas.

Locked in an industrial mindset

The great corporations of the early twentieth century happily adopted Frederick Winslow Taylor’s Principles of Scientific Management, which argued that a new class of executives – managers and planners – were needed to reveal the ‘scientific’ approach to any particular task, which would yield the one best way of performing that task. Taylor was unabashedly prepared to argue that most workers were, in his words, ‘too stupid’ to discern the ‘science’ of their activities. Even workers with considerable skills carrying out complex tasks were, in Taylor’s view, not the right people to deal with ‘the science’ of their work, since even if they had the capacity properly to plan the best approach to their work, this would distract them from the work itself – what was needed was another other sort of being: the manager/planner.

From this patronising worldview emerged the persistent modern model, in which every worker must have a manager, and that managers are superior to workers. Whatever Taylor may have said about ‘friendly’, ‘harmonious’, and ‘intimate’ cooperation between managers and workers, the mould was cast: workers worked; managers and planners (needed in surprisingly large numbers) managed and planned.

When ‘the one best way’ is imposed on people in this way by a rigid, status-laden hierarchy, it creates the kind of dehumanising, de-energising, stressful and unhappy working environments that are still far too common today. It is rare to come across any organization where aspects of these behaviours are not still clearly in place, with the obvious result that people feel put upon rather than inspired, and what should be a genuine community working together to achieve the same end is turned into an unnatural environment where one class of employee is constantly assessing, appraising and judging the other class. This is particularly damaging in the knowledge economy: when people are employed for their ideas and for their unique human skills (such as emotional intelligence), we shouldn’t be surprised if treating them like machines whose outputs are monitored and rated leads to disenchanted employees.

The illusion of control

Of the ten Steam Engine behaviours that we identify in the book, the two most pernicious are those to do with control and measurement. Every manager wants to feel that they are ‘in control’, and measuring everything that moves helps to create an illusion of control. But it is an illusion: a moment’s reflection reveals that we can measure and control processes, but not people. Dealing with people – human beings – requires a human approach. It’s trickier, but it’s perfectly doable. The old ‘command and control’ model really is past its sell-by date.

If a new approach to control and measurement will take some adjusting to, the other dimensions that we discuss, such as innovation, communication, devolved leadership, networking, diversity and other aspects of organisational behaviour find a ready audience. ‘You’re right,’ most leaders agree: ‘we really do need to get better at those things.’

Little by little, piece by piece

The behaviours that are most in need of change will differ (of course) from organisation to organisation; it is the precise mix of these various behaviors that creates each organisation’s individual culture.

Only you can judge what is most relevant to your own situation. Our argument is that all of these kinds of outmoded, Steam Engine behaviors interact with each other and that you will find (we believe) that when you address any one of these issues and begin to change the organisation’s behaviour in that one dimension, then the resultant new way of being quickly leads on to new perceptions and different ways of behaving in the other, related dimensions.

Setting out to ‘change the corporate culture’ with one almighty heave is difficult, daunting, and usually doomed to failure. Changing the organisation’s behaviour little by little, piece by piece, is achievable, and will slowly but surely bring about a real transformation, moving the organisation from an industrial mindset to one that is suited to the modern reality of our working lives.

A version of this article first appeared in CultureUniversity.com

Below: Top dancers Gunnar Gunnarsson and Marika Doshoris perform at a Performance Thinking workshop before joining delegates for an interactive session on delivering winning performances.

The Director as Innovator

Use the audio payer below to listen to LID Radio interviews with Mark and Jonathan about what business can learn from the performing arts (“Perform To Win”) and Machiavellian intelligence in the workplace.

To contact Dr Mark Powell and Jonathan Gifford and for any enquiry you may have, please do . . .